by Sherri and Jeff Brown

Another fabulous event.  Sure, it was hot, but look at the calendar … it was August!  Despite the heat and some lingering concerns about COVID … not to mention some personal issues and schedule conflicts with some larger teams … we had 78 entrants plus a couple practice-only.

We had the pleasure of acknowledging several truly honorable, WKA Hall of Fame Members, and we were able to surprise one new inductee.  (Haul of Famers, Ron and Carma Withrow, Paul Martin, Neil Keller, Gary Gregg and Randy Kugler are pictured), but it was Gary Gregg, the owner of G & J Kartway and long-time supporter of karting who was totally taken off guard when his name was announced.   It was a pleasure to recognize his lifelong contribution to karting, WKA (founded at Camden), and Ohio Valley Karting Association (OVKA).

We ran the scheduled 1st Heat on Friday, followed by the Kart Show and dinner.  Thanks to Romero Llamas, the Kart Show was a big success.   Check out the amazing karts that topped the list.

Our President, Gary Wlodarsky and Track Cook/Clutch Guy, Jim Donovan served up a great meal of corn on the cob, burgers, bratts, complete with the sides and desert donated by Joann Hertzig.  I don’t think anyone went away hungry.

Despite a “pop-up” deluge/mini hurricane after dinner, the track was fine for the two Heats on Saturday.  The results are below.  Our congratulations to all 78 entrants for some great demonstrations of what these old karts can do.  It was a safe event.  Everyone went home in the car/truck they came in.

We can’t forget our hosts, the OVKA.  As always, they are the most accommodating and congenial group of track workers and flaggers, announcers, concession workers and registrations help.  Thank you.  And thanks to all who came.  God bless America.  See you next year. 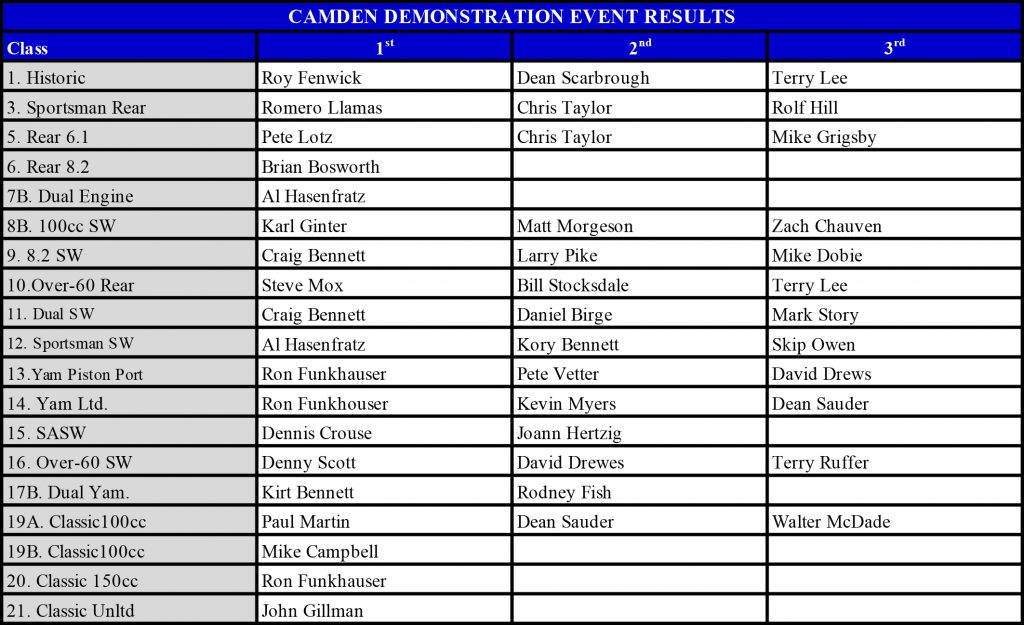